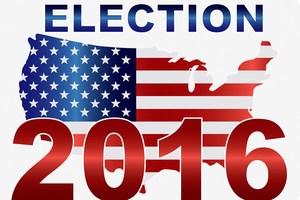 The Next President: What if kids could pick?

The scholars of Global Leadership Academy Charter School will take part in a national mock election on Tuesday October 25, 2016. The mock election process will take place between 10am and 1 pm and is facilitated by the schools Interact Club members.

GLA scholars will use a state-of-the art online voting system as they participate in a mock election program sponsored by the Youth Leadership Initiative (YLI), a national civic education program based at the University of Virginia Center for Politics. With approximately one million students across the country expected to vote nationwide during the two-week voting period from October 17-28, the YLI Mock Election is the largest secure, student-only online mock election in the nation.

“This civic activity will allow our scholars to become engaged in the electoral process and to understand the importance of the concept of, one person, one vote, and the power of one’s electoral voice,” said Mr. Gregory A. Wright, Sr., M.Ed,  Global Studies Chairperson at GLA.

A national research study conducted by University of Virginia Center for Politics Director Larry J. Sabato and Chief of Staff Ken Stroupe found conclusively that the instructional components of the Youth Leadership Initiative can have a positive impact on students. “Students in classes where teachers used the YLI Mock Election and the related lesson plans reported a higher tendency towards future political participation,” said Stroupe.

“Programs such as the YLI Mock election have the opportunity to excite students about our democracy.  Students are empowered with a sense of ‘I can’ optimism that will lead to a lifetime of civic involvement,” added Sabato.  Results of the YLI National Mock Election will be available on October 29, 2016.